The Digital Story Structure Project uses interactive digital formats to model complex narrative structures. We start from the premise that the new affordances of digital representation offer the possibility for creating and experiencing more complex story forms, including multi-sequential stories, stories with multiple protagonists, and parameterized narrative scenarios with multiple potential outcomes. We seek to contribute to the collective process of inventing a more expressive and complex storytelling medium by identifying the underlying story structures that allow viewers to experience sustained narrative immersion within cognitively challenging story worlds with multiple characters, multiple points of view, and multiple possible instantiations of the same scenario.

Analysis of Interactive Digital Narratives at the intersection of narrative and games to identify design strategies that support or thwart the experience of dramatic agency, in which interaction mechanics align with dramatic motivation to create an active experience of narrative satisfaction. This work includes in depth analysis of Sam Barlow’s Telling Lies (2019) and Lucas Pope’s The Return of the Obra Din (2018). 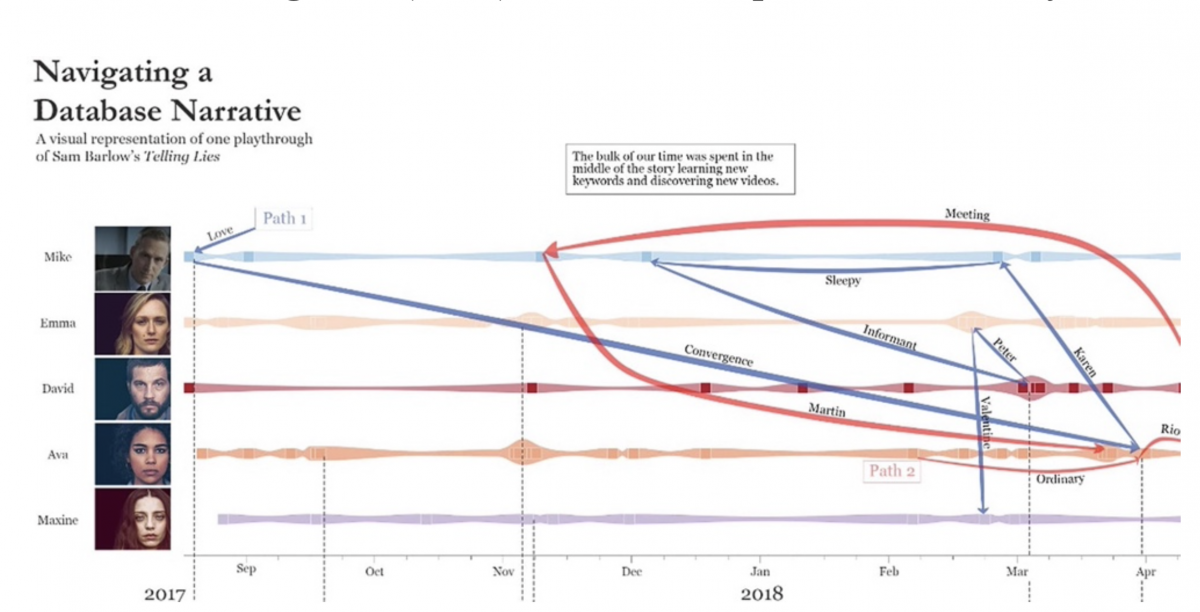 Plotting the paths through a multisequential interactive digital narrative

Creation of an interface and authoring system for creating stories that allow interactors to explore scenarios with multiple variables in order to get a fuller understanding of a complex situation. The Timeline authoring systems allows developers to create stories as a series of dramatic beats that vary according to up to three sets of variables. The Timeline interface supports interactors in juxtaposing moments in the story under different conditions. The interface is an extension of a strategy for presenting a 2001 DM Master’s Thesis by Sarah Cooper. The implementation of Cooper’s original story in the Timeline system is here: https://pedromarinyo.github.io/relivingLastNight/ 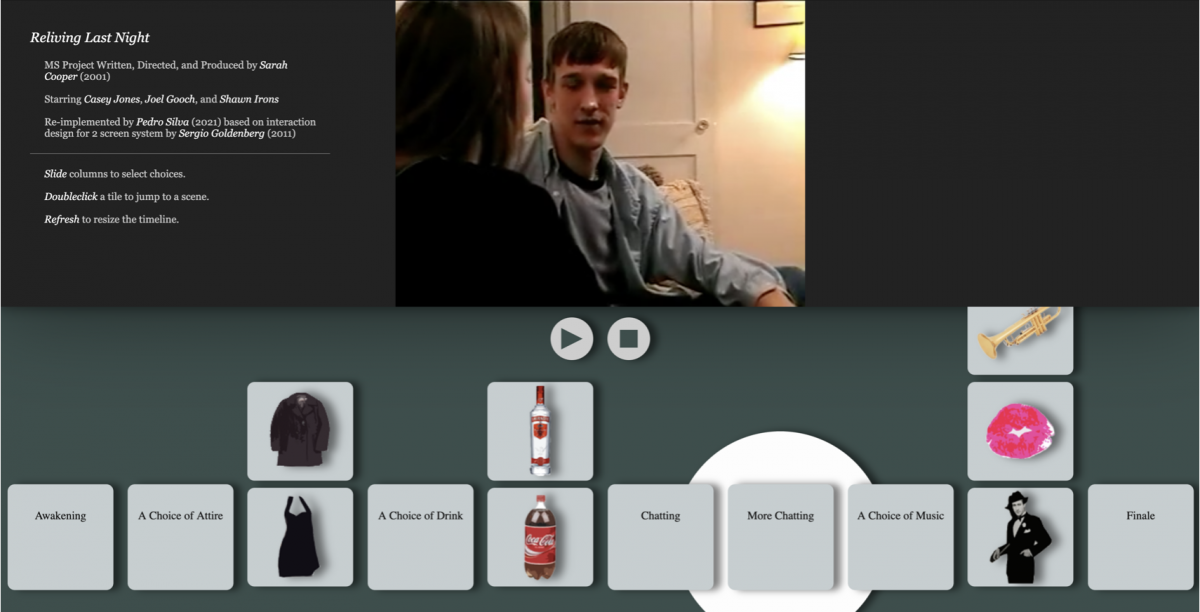 Starting in Spring 2020 we focused on analysis of the experience of dramatic agency, which arises when interaction mechanics align with story expectations. We are studying specific representative interactive artefacts at the boundary of games and story, including Sam Barlow’s Telling Lies (2019) and Lucas Pope‘s Return of the Obra Din. This work resulted in a paper “Gated Story Structure and Dramatic Agency in Sam Barlow’s Telling Lies, “ which won the Best Paper Award at ICIDS 2020, and a book chapter in progress, “Structures of Interaction for Creating Dramatic Agency in Epistemic Narratives: Return of the Obra Dinn and Telling Lies as Design Exemplars.”