Sweet Auburn, The Birthplace of Ideas

In the spring of 2016 and continuing into the 2017-18 academic year, the STS advanced seminar course titled Critical Theory, Social Justice, and Philosophy of Design has been paired with a project studio titled, Sweet Auburn: Birthplace of Ideas as part of Digital Integrative Liberal Arts Center initiative.

The advanced theoretical course Critical Theory, Social Justice, and Philosophy of Design will engage classical and contemporary theories on social justice as they relate to the design of technologies both digital and non-digital. We will discover how these debates live on in the 21st century and their relationship to the social and political issues of the time. These theories are put to work as we trace their relationship to the design of the built environment in and around Atlanta, specifically the Sweet Auburn Historic District. We will engage stories of the civil rights movement and how they surface, shape, reinforce, or challenge issues central to its current community and future development.

Complementing the theories and observations in the STS course, the design-oriented project studio titled, Sweet Auburn: Birthplace of Ideas will engage the theme of social justice from the perspective of design. We will put emphasis on the transformational role of digital technologies and participatory cultures, helping students frame community-based problems and craft solutions in ways that are innovative, ethical, and culturally well-informed. More specifically, the course will ask students to create media strategies that present stories of Sweet Auburn to selected audiences. Students will learn about multiple modes of production and dissemination of stories and oral histories including traditional, contemporary, and emerging media forms: face-to-face conversations, speeches, radio, media archives, urban installations, interactive maps, and visualizations to name a few. In this context, students will learn about asymmetries of storytelling and listening, ones’ ethical responsibility to stories, potential biases of technologies of representations, and the ethical and political challenges associated with the collection, access, and dissemination of stories. We will engage ways that these forms connect to discourses on emerging technologies such as smart cities and Internet of Things.

Aligned with the spirit of participatory and co-design, the two courses will host conversations with thought-leaders and community members of this neighborhood in ways that would cultivate new ideas and partnerships that carry Auburn into the 21st century as the birthplace of ideas and the place to continue the course of non-violent social change.

Complementing the theoretical course, the design-oriented project studio will engage the theme of social justice from the perspective of design.

This course will engage modern and classical theories on social justice as they relate to the design of technologies both digital and non-digital.

Documentary "Came from Nothing: The Story of Benjamin ‘Big Mouth Ben’ Graham " by Nick Tippens and Ali Yildirim. Read more about the project in the Atlanta Loop. 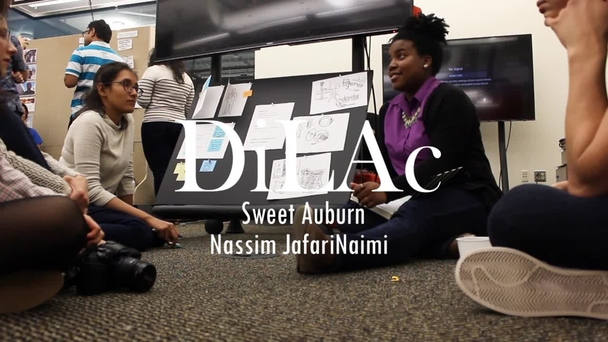 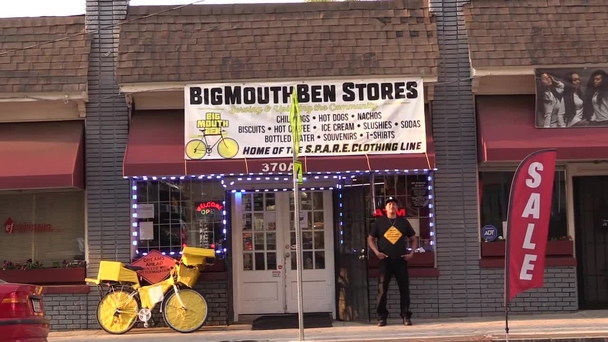