Public Art Goes to the Mall: The Digital Preservation and Reconstruction of the Rio VideoWall (1989)

This grant will support the development of a course module on public art and site-specificity, centered around a project to digitally archive oral histories related to pioneering video artist Dara Birnbaum’s now-lost Rio VideoWall (1989), and plan for the artwork’s digital recreation. Birnbaum’s VideoWall was the first multi-screen video artwork to be installed in a public setting in the United States. It employed twenty-five identical 27” video monitors, stacked in a five-by-five grid, powered by 8 LaserDisc players and proprietary computer code written specifically for the piece. But the VideoWall was not only noteworthy for its technological innovation; it was also significant for the site that served as its inspiration and eventual home: The Rio Shopping Complex, a mall in Atlanta’s Old Fourth Ward. Combining scenes of the site’s natural landscape from before the mall’s construction with an unedited live-stream of CNN footage, all filtered through the moving silhouettes of mall patrons in real time, the VideoWall presciently interlaced a number of ideas that continue to resonate in the 21st century, including the 24-hour media cycle, surveillance culture, the legacy of segregation, the effects of gentrification, and the Anthropocene. 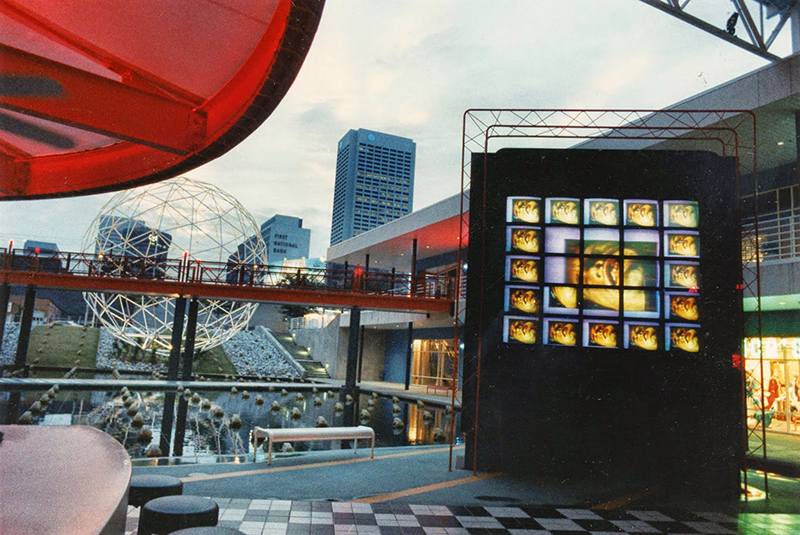 The project will focus on a set of related initiatives concerning the VideoWall, each incorporated into an undergraduate course. The first will be the design and implementation of a web-based digital archive to collect the artifacts and oral histories that document the artwork, which was dismantled in 2000. The goal of the archive is to raise civic awareness of the complex set of issues—social, political, financial, and aesthetic—surrounding the creation and preservation of the VideoWall. Indeed, public art is neither created nor received within a vacuum but reflects the site-specific environment in which it exists. As such, the study of the VideoWall can help illuminate for students the role of public spaces in Atlanta. This study includes investigations into the social, physical, and economic nature of the mall site before the art’s creation; the funding provided by the mall’s owner, Ackerman & Co., that supported the art; the levels of community engagement in its planning and construction; the rights of the artist; and plans for the work’s maintenance and preservation.

In the project’s effort to reconstruct the Rio VideoWall, Zinman will lead students in attempting to recover people’s memories of seeing the VideoWall through the accumulation of oral histories that will be shared on the project website. Oral histories privilege the telling of history from the perspective of unique individuals, in their own rhetorical, linguistic, and narrative style. They provide access to lived and felt experiences often necessarily absent from the histories provided by critics and scholars, and are an essential component of accounting for the impact of public art within a community. The second initiative will involve bringing the artist, who has already pledged her time and support, to Atlanta to give a public talk at Georgia Tech about her experience designing and constructing the VideoWall. In addition to the talk, Birnbaum will spend her time in Atlanta meeting with students, as well as members of the city’s artistic community, focusing on the question of how the VideoWall might be recreated with contemporary technology. Should the recreated VideoWall be a physical structure, a web-based project, or a virtual reality experience? How can the artwork’s public reach be extended through a web-based companion? How can the memories of those that experienced the artwork in its time be incorporated into the new design?

In 2018 and 2019, Zinman and Anna Weisling (Ph.D. candidate in Digital Media) designed and prototyped a version of a 21st-century VideoWall.

You Can’t Put Your Arms Around a Memory (after D.B., 2019), is a multi-projector audio/visual installation that combines live camera feeds of spectators, who follow their increasingly abstracted silhouettes around the walls of the room, layered projections of nature scenery, and a real-time ticker from news services such as the BBC and Al-Jazeera. In the center of the room is a mirrored “infinity cube” that contains another live infrared camera—as spectators approach, the camera picks up their image and combines it with the other moving images on the walls. Taken in total, the installation asks viewers to wrestle with the ways individuals are mediated through time via technology—through registers of surveillance, the time of the natural world, and the temporal tensions found between the immediacy of one’s image on the walls and awareness of events simultaneously unfolding around the globe.

You can see documentation and a demonstration of the installation.

Zinman and Weisling are currently refining some of the technological elements of the installation, and have submitted proposals to exhibit the work in Atlanta, New York, and elsewhere in the coming year. 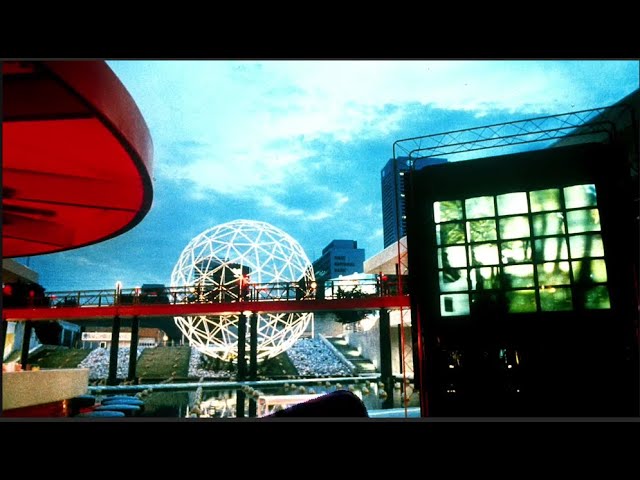 1. Gregory Zinman, “Media Publics”, panel chair and presenter, Association for the Study of the Arts of the Present, College Park, MD, October 2019.