Digital Deliberation and Social Justice in the Digital Age 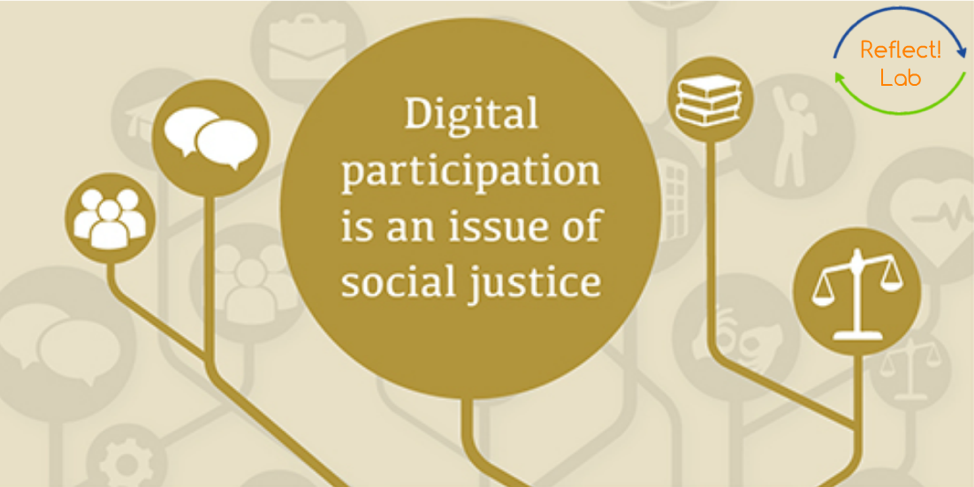 How does the increasing digitization of almost everything affect the possibility of social justice? How can we develop the potential of digital technologies to reduce inequality and barriers to political and societal participation, and how should we react to possible threats posed by these technologies? To provide an opportunity for undergraduate students to engage with questions like these, the project Digital Deliberation and Social Justice in the Digital Age created, first, a new class on "Social Justice in the Digital Age" and, secondly, contributed to the development of the Reflect! platform which can be used in classes like this one as a tool to organize deliberation among students (https://reflect.gatech.edu/).

Since 2016, the VIP Digital Deliberation contributes to the development of the Reflect! platform which allows the management and guidance of large numbers of student teams that work over the course of a semester on a “wicked problem” such as facial recognition technologies in public places, robotic caregivers, artificial intelligence in the workplace, AI-based learning technologies, and micro-targeting in social media. The platform is designed based on principles of self-directed and problem-based learning.

Supported by a first DILAC grant, the VIP Digital Deliberation—an evolving, interdisciplinary team of undergrads — contributed substantially to fleshing out the first design of the Reflect! platform which has been coded (based on NSF funding) by Georgia Tech’s Interactive Media Technology Center (IMTC). Reflect! has been used in the spring and fall of 2018 in PHIL 3127 Science, Technology, and Human Values. Each semester the class had an enrollment of about 170 students from across campus who worked in about 40 teams of 4 or 5 students on a semester-long project.

A second DILAC grant funded two activities. First, supported by a GRA, the VIP team developed suggestions for an improved design of the Reflect! platform based on user feedback and their own usability testing. Additionally, the team started coding a new user interface.
The second activity of this second DILAC project was a collaboration of Carol Colatrella (LMC), Ruthie Yow (Serve-Learn-Sustain), Robert Rosenberger (PUPB), Mike Best (INTA/CS), and Michael Hoffmann (PUBP) that developed the design of a new undergraduate class “Social  Justice in the Digital Age” in which projects can be supported by Reflect!. The design of this class has been discussed with the campus community at an ICLAST Roundtable on March 5, 2019. A template of a syllabus for this class has been completed. It is planned to teach the class for the first time in the fall of 2020. After a few further semesters of teaching the class, the project will request the inclusion of this new class in the Georgia Tech course catalogue as a class that is cross-listed between Public Policy, Philosophy, Literature, Media, and Communication, and Computer Science.